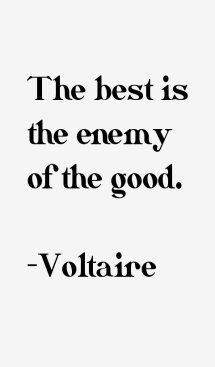 There’s something strange going on when  protagonists refuse to recognize their own successes. An especially frustrating day spent taking stock of the global anti-corruption movement led Oxfam’s Duncan Green to suggest in a recent blog post,  only half tongue-in-cheek, that “one option would be to stop using the ‘C’ word altogether, because it’s such a terrible starting point”.  This, of course, is neither realistic nor desirable. But insofar as corruption (and the need to combat it) will always be with us, we need to understand better what it is about the discourse which goes beyond  a good faith effort to wrestle with an especially knotty development problem.

Part of the explanation may be a culturally deeply-rooted discomfort with moving beyond Manichean notions of good and evil, and wrestling with development’s shades of gray. Another part may be ideological – evident in the crocodile tears shed by right-of-center politicians and commentators as they conclude that government is irredeemably corrupt, and thus should be kept as small as possible. But a decade spent as part of a team working to mainstream governance and anti-corruption into the World Bank’s development efforts sensitized me to  a third part of the explanation –  namely the way in which the interactions between  discourse on anti-corruption, governance and development and  the organizational incentives and constraints of the World Bank and other development agencies have resulted in a variety of perverse consequences.

The story begins at a high-level meeting in Madrid in 1994, when the incoming president of the World Bank, Jim Wolfensohn, found himself confronted by a chant from demonstrators that “fifty years is enough”. In their view,  a half century after the signing of the Bretton Woods agreements, the world no longer had any use for the institutions it created. Over the next few years, in his inimitable, passionate way, Wolfensohn went on the counteroffensive, signaling  the World Bank’s determination to fight the ‘cancer of corruption’. But the way in which the agenda unfolded sacrificed the effort to address some deeply rooted obstacles to development on the altar of political and organizational imperatives. The result was the embrace of a type of high-mindedness which was unconstrained by difficult realities, and which locked-in  a series of impossible expectations.

The challenges of implementation, accountability and corruption – all governance issues – became increasingly central to the World Bank’s agenda. Weaknesses in implementation had emerged as a popular explanation for weaknesses in the performance of development aid. So ‘fix public management’ was given new priority in the development agenda. But then came the critique  that underlying weaknesses in public management lay weaknesses in accountability –and that underlying these lay weaknesses in the quality of checks and balances institutions. ‘Fix these too’ was the seemingly logical response.  Over the subsequent two decades (including during the tenures as World Bank president of Paul Wolfowitz and Robert Zoellick), corruption became something for which the Bank would have ‘zero tolerance’.

At first sight, ‘zero tolerance for corruption’ is unambiguously the right thing to do. But what exactly does it mean? Certainly it means a determined commitment to the highest standards of probity amongst Bank staff — something for which the organization continues, rightfully, to pride itself. It also means (again appropriately, and an area where the Bank made a major push) a commitment to act on allegations of corruption associated with Bank-funded development projects – and the creation of mechanisms through which suspicions of malfeasance in development operations could easily be reported. It can also mean the incorporation of transparent, third party mechanisms for monitoring the implementation of efforts to improve service provision – something which increasingly has become a mainstream part of practice within the Bank.

But ‘zero tolerance’ can be taken to impossible lengths. In many countries,  personalized deal-making organized around the sharing of rents is central to the logic of political order in many developing countries with weak formal institutions. Does ‘zero tolerance’ imply that the World Bank and other donors should not work in these countries – even though this is where a large proportion of the world’s poor live? Evidently, unless the intent is to end the aid endeavor almost entirely, the answer must be ‘no’.

Holders of the purse-strings of foreign aid – the United States Congress, and parliaments throughout Western Europe, Japan and elsewhere in the democratic, industrialized world – surely recognized the challenging realities. It is hardly as if their countries, where checks and balances institutions are strong, are entirely corruption free. But in the face of widespread skepticism among voters in ‘northern’ countries as to the benefits of aid, they had little appetite for explaining these complexities to their constituents.  On the contrary, in the polarized politics that increasingly prevailed within some donor countries, any effort to address complexity – indeed, any acknowledgement that results might fall short of perfection – risked  playing into the hands of opponents, who were all too ready to characterize aid as wasteful support for ‘corrupt dictators’.

In consequence, instead of an engagement with complexity, the mainstreaming of governance into the development discourse resulted, for the most part, in a ‘doubling down’ on simplistic responses. The response of the development community to governance-related criticisms of its effectiveness was to say ‘yes’:

“Yes – public management will be fixed”.

“Yes – behind shortfalls in public management are weaknesses in accountability, and behind these are failures of checks and balances institutions – good governance will take care of these”. And

“Yes – corruption is a cancer, for which there will be zero tolerance”

Yes: Insofar as there was not already a perfect world, the efforts of the World Bank and other donor organizations (working in partnership with people of goodwill everywhere) would make it so.

In the immediacy of efforts to combat crises which threatened the legitimacy of the aid endeavor, high-minded affirmations serve as a firewall. But in the long-run the consequences have become increasingly corrosive. Development unfolds in difficult environments with weak institutions; the outcomes even of the best efforts are inherently uncertain. Maximalist promises, for all of the immediate relief they provide, are inconsistent with both the substance and spirit of the task at hand.

Development work necessarily involves eyes-wide-open risk taking. However, in the culture which had taken hold within development agencies, mirroring back challenging uncertainties, and confronting fundamental dilemmas and trade-offs, had in practice all-too-often become unacceptable. Viewed from the perspective of the immediate organizational imperatives of donors, what mattered most was the short-term impact on external constituencies of the words surrounding the governance and anti-corruption agenda (‘GAC’, in its unlovely acronym). But against a backdrop of maximalist, unachievable rhetoric, failure becomes the only plausible outcome.

[The above  is a lightly edited extract from chapter 11 of my 2014  book  Working with the Grain. If you’re interested in some more recent reflections on the topic, see my 2015 blog posts “puzzling over anti-corruption” and “Indonesia’s anti-corruption agency – a remarkable island of effectiveness”. Also worth reading is Catherine Weaver’s book, The Hypocrisy Trap.]