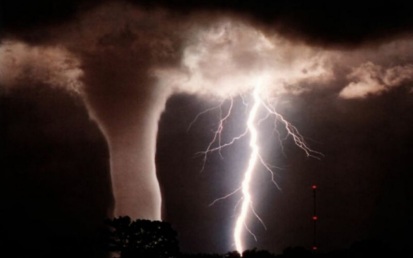 We urgently need a discourse that embraces greater inclusion, greater fairness AND continuing co-operation. The gains from co-operation indeed are unfairly distributed, as we have become increasingly aware in this era of rising inequality (and of rising awareness of our unequal realities).  But the risks are high that movements that arise in response to this unfairness result, not in a zero-sum redistribution in the direction of greater equality, but in a downward spiral in which everyone loses. This is underscored by some brilliant recent writing which I highlight below.

False, quasi-religious certainties, unmoored from reality, drive downward spirals. As per Albert Hirschman’s 1991 book on ‘the rhetoric of intransigence’, false certainty  can come from the populist right or the populist left. In both cases, as Hirschman suggests, the psychological drivers and dangerous political consequences are similar.

Donald Trump (on whom only mercifully few words, but  just in case you want to read more take a look at this  October 17, 2016 analysis from the Washington Post, which finally is willing to call a spade a spade….) shows all-too-vividly how this can work from the populist right. South Africa’s increasingly nihilistic so-called ‘fees must fall’ movement offers a potentially nightmarish example from the populist left. The  African political philosopher, Achille Mbembe, currently at South Africa’s Wits University,  and the rising scholar of the politics of bureaucracy, Ivor Chipkin, have written brilliantly and bravely about the hazards of the current upsurge of left populism on South Africa’s campuses and beyond.

As Mbembe underscores in his recent article, ‘university shutdown… is the last thing Africa needs’ (you can access the full article by clicking on the link) the ‘fees-must-fall’ militancy risks destroying South Africa’s universities. Mbembe describes how the process played out in some other African countries:

“In those countries which adopted the politics of closing down universities, the police or the military would usually be unleashed upon students on behalf of undemocratic governments. At other times, unemployed youth from the townships and shantytowns would be brought to campuses to foment mayhem, destroying infrastructure….. At times, years would pass without any degrees being awarded.”

“The long-term consequences of such organised chaos were devastating. Those (faculty, staff and students) who could leave the country promptly left. Those who could not leave were trapped in the fields of ruin their universities had suddenly become. By the late 1990s, the ‘welfare model’ of the university that had become dominant in the aftermath of decolonisation (no tuition, bursaries for almost all, free transport, free accommodation) was clinically dead. Private providers soon moved in……”

“If the experience up North has anything to teach us, it is the following: Whenever public institutions are destroyed, crippled or rendered dysfunctional, the first loser is not necessarily the government. Nor is it the rich private citizen. The first loser is usually the poor. Why? Simply because their exit options are drastically limited.”

“Another lesson from up North is the following: it is pretty easy to destroy institutions. But there is no guarantee that once the destruction is over and violence recedes, those institutions will be easily rebuilt. It is never easy to rebuild what has been willfully erased…. There was a time in the rest of the continent when universities were considered pivotal tools in the building of the nation. They were seen as a public good……. Public universities should be the last thing we try to shut down…..”

Ivor Chipkin, in his article ‘separating Treasury’s truth from ultra-left fiction’, explores how the the fees-must-fall has been fueled by a false narrative of  ‘neo-liberal austerity’ in the evolution of a fiscal policy in South Africa. Viewed through the comparative lens of middle-income countries, South Africa has had a remarkably pro-poor set of social policies. Chipkin provides  details:

The false claims of ‘neoliberal austerity’ says Chipkin: “provide an ideological fig leaf to an anti-democratic assault on the state. Patrick Bond complains, for example, about the ‘ferocious liberal attacks on Zuma and his Gupta patronage allies’, suggesting that a more neoliberal, anti-poor agenda would result if Zuma was removed. In this Manichean world of opposites, the removal of Gordhan and the weakening of the National Treasury is cast as ‘progressive’. It is not.”

From any fact-based perspective – indeed, from any perspective which takes as its point of departure the realities of what it takes to achieve collective, public gains in the face of the messy realities of political contestation and human self-interestedness and shortsightedness – the positions of the ultra-left and populist right  not only are profoundly unserious, they are profoundly destructive. Their roots are quasi-religious. They reflect, in their less-obviously- malignant variants a desire for certainty in an uncertain world (as manifested by Donald Trump in his childlike neediness to always be a ‘winner’). In their more malignant variants, they are movements that glory in apocalypse.

In a second extraordinary contribution from  2006, ‘South Africa’s second coming: the Nongqawuse syndrome’  (which he reposted on Facebook a few days ago), Achille Mbembe explores parallels between  contemporary South African politics and the Xhosa cattle-killing episode of 1856-7. (I’ll leave it to others to excavate some illustrations of the evangelical, far-right, American versions of apocalyptic thinking.)

“By 1856, as a result of the deliberate destruction of their means of livelihood, confiscation of their cattle and the implementation of a scorched-earth policy by British colonialists, the Xhosa had lost a huge portion of their territory and hundreds of thousands of their people had been displaced…..Then, a 16-year-old girl, Nongqawuse, had a vision on the banks of the Gxarha River. She saw the departed ancestors who told her that if people would but kill all their cattle, the dead would arise from the ashes and all the whites would be swept into the sea….Although deeply divided over what to do, the Xhosa began killing their cattle in February 1856. They destroyed all their food and did not sow crops for the future. Stored grain was thrown away. No further work was to be done….. By May 1857, 400,000 cattle had been slaughtered and 40,000 Xhosa had died of starvation. At least another 40,000 had left their homes in search of food…..As the whole land was surrounded by the smell of death, Xhosa independence and self-rule had effectively ended.”

“The Nongqawuse syndrome – the name for the kind of political disorder and cultural dislocation South Africa seems to be experiencing – is once again engulfing the country. The Nongqawuse syndrome is a populist rhetoric and a millenarian form of politics which advocates, uses and legitimises self-destruction, or national suicide, as a means of salvation…..It is a syndrome many other post-colonial African countries (Liberia, Sierra Leone, Rwanda, Burundi, Congo, Sudan) have experienced with tragic effects over the last fifty years.”

Just three generations back, some of my relatives were part of the six million (or, depending how and who one counts, the eleven million….) that were slaughtered in an eruption of false-certainty, blame and apocalyptic thinking that engulfed Europe. Does humanity really have to repeat historical disasters again and again? Can we not learn from history? Can we not learn to look more dispassionately into the mirror of our own insecurity and (even legitimate) grievance – and act from a place other than grandiosity and rage?